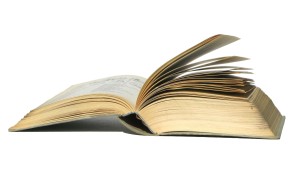 A decade ago, I taught a fiction writing class at New York University’s School of Continuing and Professional Studies. In addition to exercises on character development and point of view, I cobbled together a reading syllabus that showcased the vigor and versatility of the contemporary American short story. I always felt a thrill as my students embraced a spectrum of masters, from established luminaries, such as Annie Proulx, John Edgar Wideman, and Charles Baxter, to (then) emerging voices, like Jhumpa Lahiri, Junot Diaz and Gish Jen. At the end of the course the students would clamor for more recommendations and I’d suggest . . . . non-fiction.

They’d gawp goggle-eyed at me, scratch their heads. “What about George Saunders, Antonya Nelson?” they’d say.

“Love ‘em,” I’d say. “But be sure to take a peek-a-loo at Jon Krakauer, Susan Orlean. You’ll soak up some serious craft.”

We live in a golden age of nonfiction, and it’s crucial that fiction writers, poets and memoirists remain engaged by the nuts and bolts of the world — the who, what, where, when and how. Because they’re working out of a tighter box, non-fiction writers often hone a broader set of skills in assembling their stories. All too often I’ve found that literary folks retreat into little coffee klatsches, skimming the latest issue of the Paris Review and buzzing about the New Yorker’s current crop of “Best 20 Writers Under 40,” but can’t name who won last year’s Pulitzer prize-winner in biography or history.

Which leads me to another disclosure: I harbor a passion for non-fiction doorstops – serious, often scholarly tomes that demand a commitment, whose pages practically whisper, “Don’t even think about cracking my covers unless you’re ready to settle down for the duration.” I plug away on one, maybe two hefty titles per year, books that actually make me feel smarter after I’ve finished them.

This proclivity began about the time I was teaching my class at NYU, when Jacques Barzun’s magnum opus, From Dawn To Decadence, broke through the noise to hit the New York Times’ bestseller list. Curious, I bartered a copy from a friend who worked at Barzun’s publisher and dipped in. An eminently readable overview of Western culture since the Renaissance, From Dawn To Decadence wittily presents the lay reader with essay-like entries on philosophers, artists, writers and musicians – I don’t think I had a clue who Tasso was until I read this book. Barzun’s voice is friendly, anecdotal, conspiratorial, a genial guide at your elbow, gently steering you from wonder to wonder.

From Dawn To Decadence whetted my desire for books bold enough to take on mammoth subjects, careful to avoid glib summaries and pat clichés. Several years later, I felt the stirrings again, this time opting for Princeton historian Sean Wilentz’s The Rise of American Democracy, an intricately detailed survey of political history from the Declaration of Independence to the cannons firing on Fort Sumter. Eight hundred pages long, and conveyed in a tiny font, The Rise of American Democracy delves into the cycles of Presidential and midterm elections during the U.S.’s first seventy-five years, peering at results, precinct by precinct, as through a microscope’s lens. Wilentz rightly resists the impulse to “boil down,” and instead insists that the reader follow him on his terms. It took me nearly a year to slog to the end, but I emerged triumphant, mentally more robust.

Fortunately, too, the obvious inconvenience of lugging around a meaty tome is now a thing of the past. Last Christmas my wife gave me a Nook, and one of the first books I downloaded was Rick Perlstein’s Nixonland, which traces our current political schisms back to the 1960s and the rise of Richard Nixon, a President who never felt hamstrung by the law if he were targeting an enemy. Again, the book consumed me for weeks, but I don’t think I’ve ever read a more in-depth diagnosis of the cancer at the heart of our polity.

Each of these books challenged me intellectually. But more importantly, they asked me to commit: log off the computer, ignore the internet (at least for short stretches of time), put the children to bed early. They were – are – perfect antidotes for our ADD-addled world. And for those literary writers intent on creating fiction that plumbs deeper truths about the human condition, it’s vital to recognize that characters and stories don’t function in a vacuum; they can’t escape the tides of time and place that wash over them.

So do yourself a favor: pick up a heavy, daunting non-fiction book and strive to finish it before summer winds down. My own assignment: Oxford don Diarmaid MacCulloch’s Christianity: The First Three Thousand Years. Let’s compare notes after Labor Day!

Hamilton Cain was a finalist for a 2006 National Magazine Award. He lives with his family in Brooklyn, New York.

2 thoughts on “Guest Post by Hamilton Cain: In Praise of the Non-fiction Doorstop”